There’s been a lot of talk on the interwebs and sundry media about calling out “fake fangirls.” You know, those tarted-up floozies who stalk different cons and post pictures of themselves in their incredibly detailed, accurate, elaborate, lovingly-crafted costumes just so they can bathe in male attention and taunt the true fans with their luscious, unobtainable selves. It’s about time someone heroically stood up to women who have the temerity to enjoy a fandom, or worse, participate in a fandom in a way that’s different from the true fan‘s participation. I mean, good god, ladies, how dare you dress in the scanty outfit of a superhero exactly the way in which the superhero’s scanty costume is drawn? And if you’re going to dress up that way, you’d better expect, nay, hope that a fanboy makes inappropriate comments or physically harasses you. That’s what you wanted, right? Not to enjoy a fandom, or cosplay, or take on the persona of a character you like and admire. AMIRITE?

Now it’s time for me to take a stand against another fandom threat. We’ve been silent for too long, but no longer. It’s time to call out

Ugh. The very mention of them makes my skin crawl. You know the type. The ones who coo and squee about how “bangable” Mr. Darcy is. The ones who show up whenever Masterpiece Theater airs another adaptation of Emma and salivate over Mr. Knightley or think Emma’s “totally clueless.”  They wear Austen-inspired shirts like this: And drink their venti soy lattes out of this: 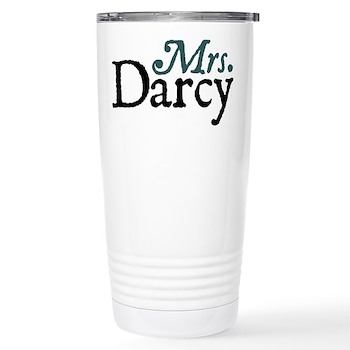 And don’t get me started on those men who show up at Jane Austen-themed dances, parading around in these provocative ensembles:

Dude, have you even read Mansfield Park?

Okay, maybe some of these fake Austen fans may have read a book of hers or two. Pride & Prejudice, or, for extra credit, Persuasion (the latter probably because they drooled all over Adam Carter, I mean, Rupert Penry-Jones, as Captain Wentworth).

But none of these Austen fans are true fans, like me. I’ve read all six published novels, and, yeah, I didn’t read any of her Juvenilia, that only means I’m interested in her polished, mature, professional work, not her youthful or unfinished scribblings. I don’t need some brooding, cravat-wearing British actor to make me care about Austen. Most of the fake fans think Austen is romantic. WRONG. It’s social satire, and if you interpret it differently, then you need to loosen your stays and get some blood flow to your head. There’s only one way to like Austen, and that’s my way.  So all you fake fans, y’all better step off the Austen carriage and find yourself some other 19th century British female author to contaminate with your wildly inappropriate enjoyment, like, say, George Eliot.